Give Monthly
Give Now
Switch to the mobile version of this page.
Get a Newspaper | Shop Local | Get Tickets | |
Vermont's Independent Voice
Seven Days

Jarad Greene is a cartoonist originally from Lutz, Fla., whose work focuses on fantasy, adventure and memoir comics for kids and young adults. He received his MFA from the Center for Cartoon Studies in White River Junction and now works there as the administrative and development coordinator. Greene's debut graphic novel, SCULLION: A Dishwasher's Guide to Mistaken Identity, publishes on July 21 from Oni Press. See more at jaradgreene.wordpress.com.
Contact Us 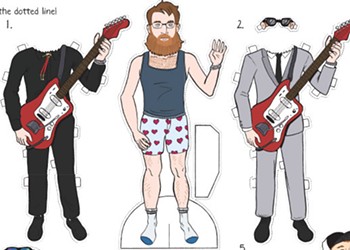